← more from
Wonderwheel Recordings
Get fresh music recommendations delivered to your inbox every Friday.
We've updated our Terms of Use. You can review the changes here. 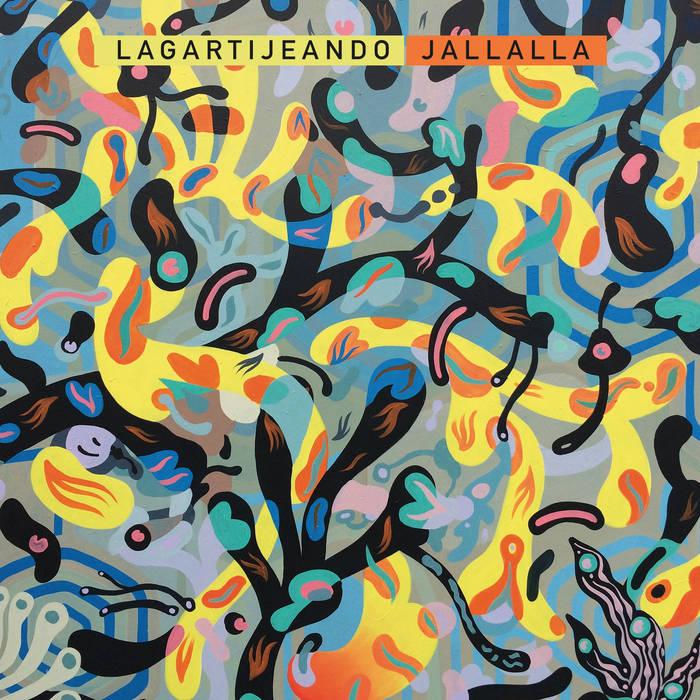 In 2017, Lagartijeando (Mati Zundel), released his second full length album ‘El Gran Poder,’ via Wonderwheel and subsequently hypnotized the masses with the way he laced the traditional Charango playing that he picked up traveling the Andes with the pulsing, digital-cumbia electronica that’d been popularized in the region by the likes of Chancha Via Circuito, Nicola Cruz, and beyond. El Gran Poder plucked Zundel from his small town of Dolores in Argentina and catapulted his sound onto a global stage. He was revered by the likes of The Fader and Bandcamp, who referred to him as an electro-folk alchemist - and that he is.

On June 7, Lagartijeando casts a new spell with Jallalla, an ambitious new full length being released on Wonderwheel Recordings. Jallalla is a word used in Bolivia to celebrate something- and it’s a word that strengthens in meaning when more people say it together. Jallalla is an entire life in an album - beginning with what would be the sonic representation of pulling back reeds to discover a new path with the song Villazon-Potosi and its sparse electronic percussion gradually filled in with curiosity-giving winds. Following is joyful charango riff that becomes the base for the track La Frontera, which features the sweet, wispy voice of Minük, the Colombian artist Alejandra Ortiz, known as half of the duo Lulacruza. As the album progresses, it becomes more experimental with electronic elements, sneaking in bits of deep house and dub. The fourth track is called Caña, and is a collaboration with none other than Chancha Via Circuito. It’s minimal and haunting, playing with repetitive bass, chimes, and what sounds like owl sounds. Zundel’s beloved charango sneaks back in via the next track, Adios Potosi, continuing the trek with a sweet melodic mid-album break. On the track A Todo Pai, one that celebrates Latin American identity (a todo pai, un solo maiz, repeats the song), Zundel collaborates with Javier Arce - lead singer of the Costa Rican indie-funk band Cocofunka, whose peculiar and infectious voice adds new layers onto the album. The last few songs are a mix of meditative electronic tracks and life-giving dance-floor ready numbers, all lending to Jallalla being a celebration of life and the various adventures it contains.

Jallalla is out on June 7 via Wonderwheel Recordings.

Bandcamp Daily  your guide to the world of Bandcamp